Some lesions are present from birth, while others develop with age, or as the result of environmental damage (such as sun exposure). Regardless of the size of the lesion, they can cause psychological trauma so severe that patients seek professional help to remove them. Historically, they have been covered with makeup, while surgery has been limited to the larger vessels on the legs. Sclerotherapy has also been used successfully to treat vascular lesions on the legs.

Novalis offers a clinically proven and effective treatment to remove many vascular lesions, either on its own or as a follow up treatment to sclerotherapy.

The Novalis IPL treatment works by directing well controlled pulses of light into the upper skin. The light is absorbed by one of the body’s own natural chemicals – hemoglobin – contained in the red blood cells.

Hemoglobin converts the light energy into heat. This heat is transferred to the wall of the blood vessels, which are permanently damaged and removed by the body´s own defense mechanism. The method of converting light to heat and using it to destroy the target without damaging the surrounding tissues is called Selective Photothermolysis.

The visible light produced by the Novalis system is carefully controlled to produce the correct pulse length and right amount of energy to destroy the vessel. Best results are obtained on patients who have light to medium skin. 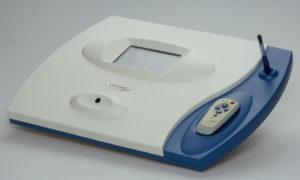